The definition of commencement is a ceremony marking the beginning of a stage.  How perfect. It has a nice ring to it.  There are about 1.31 million people graduating from college according to the BLS. (Well, that is a projected number, I guess it is as close as we can estimate.) These 1.31 million added to the 13 million laid off equal over 14 million people beginning a stage.

14 million people are jumping into a new world of work.  A world that no one can accurately forecast.

However, there is one definite, stable employer hiring right now.  The earth! 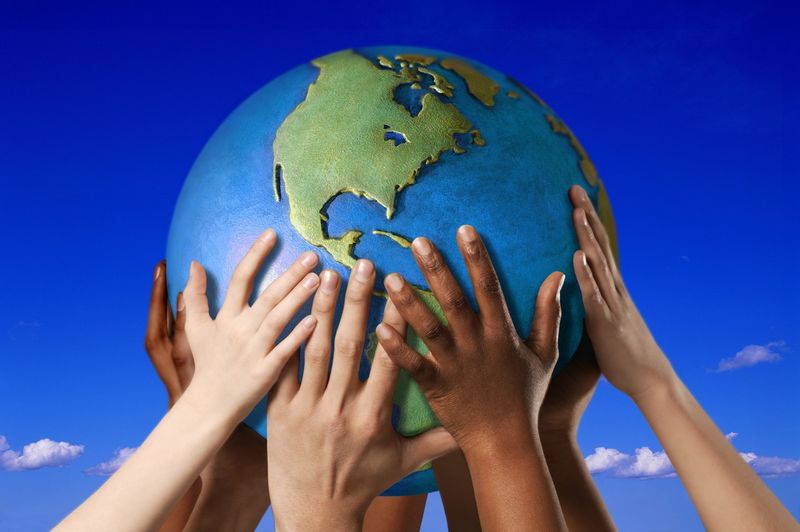 In Paul Hawkins' commencement address to University of Portland grads, he puts forth new challenges to these graduates.

"Basically, the earth needs a new operating system, you are the programmers, and we need it within a few decades."

No pressure there.  We are focusing our sights on health care, educational services and technology.  We, the oblivious, self absorbed workforce.  What we are ignoring is the bigger picture.  Without a planet to live on, none of those things will matter.

Hawkins reminds us that:

"This planet came with a set of operating instructions, but we seem to have misplaced them. Important rules like don’t poison the water, soil, or air, and don’t let the earth get overcrowded, and don’t touch the thermostat, have been broken."

There are millions of people in the world working together behind the scenes.  Their mission:

"Rather than control, it seeks connection. Rather than dominance, it strives to disperse concentrations of power."

The finale in Hawkins address can't be summarized, so I have quoted him directly.

"Ralph Waldo Emerson once asked what we would do if the stars only came out once every thousand years. No one would sleep that night, of course. The world would become religious overnight. We would be ecstatic, delirious, made rapturous by the glory of God. Instead the stars come out every night, and we watch television.

This extraordinary time when we are globally aware of each other and the multiple dangers that threaten civilization has never happened, not in a thousand years, not in ten thousand years. Each of us is as complex and beautiful as all the stars in the universe. We have done great things and we have gone way off course in terms of honoring creation. You are graduating to the most amazing, challenging, stupefying challenge ever bequested to any generation. The generations before you failed. They didn’t stay up all night. They got distracted and lost sight of the fact that life is a miracle every moment of your existence. Nature beckons you to be on her side. You couldn’t ask for a better boss. The most unrealistic person in the world is the cynic, not the dreamer. Hopefulness only makes sense when it doesn’t make sense to be hopeful. This is your century. Take it and run as if your life depends on it."